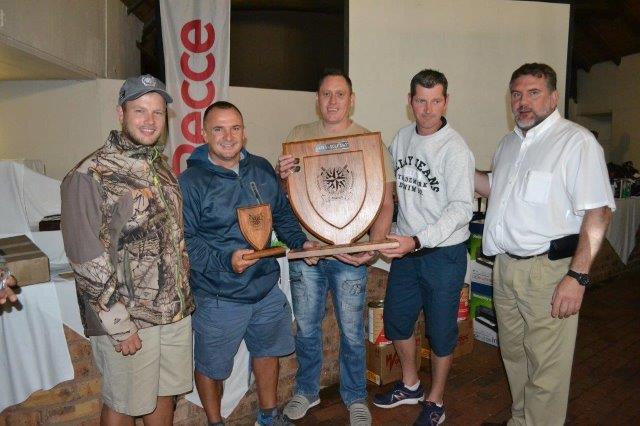 After a team of parachutists descended on the green grass at the tee-off, Dewald de Beer, retired SA Special Forces operator, fondly known as “Oom Dewies”, special guest on the day, played the ceremonial first shot with Genl. Les Rudman.

All of this took place under the ever watchful eye of the planner and organizer of the event, Roy Marais.

Late afternoon Roy Marais gathered all and sundry at one of the clubhouses for the prize giving, dinner and a short ceremony where Oom Dewies was handed a broom stick as token of the leg prosthesis that he will receive in due course, paid for by the proceeds of the day.

The Recces - We Fear Naught but God